Aconcagua is found in Argentina and is the highest mountain in both the Americas, the southern hemisphere and the western hemisphere, and the highest mountain outside Asia. First cimb was in 1897, the expedition being led by British Edward Fitzgerald. The peak was reached by the Swiss Matthias Zurbriggen on January 14 and then by two other members of the expedition a few days later.

Route: The access to the mountain is made from Puente del Inca to Guardaparque, where we present the pass passes, then we climb the 2950m lower Horcones valle, we arrive in Camp Confluencia 3300m, for acclimatization we go to Plaza Francia 4,000m, after which Climb Horcones up to the Plaza de Mulas 4200m. Climbing to the top goes through Plaza Canada 4800m, Nido de Condores 5200m, Berlin refuge 5.930m - Piedras Blancas 6050m, Refugio Independencia, Travercia, Canaleta and Cerro Aconcagua 6962m. This is an adventurous alpine adventure where we will be acclimatized, we will gradually move equipment from one camp to another until the final assault to the top. 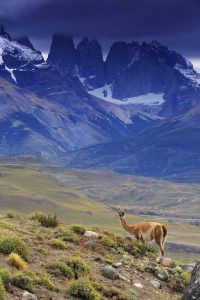